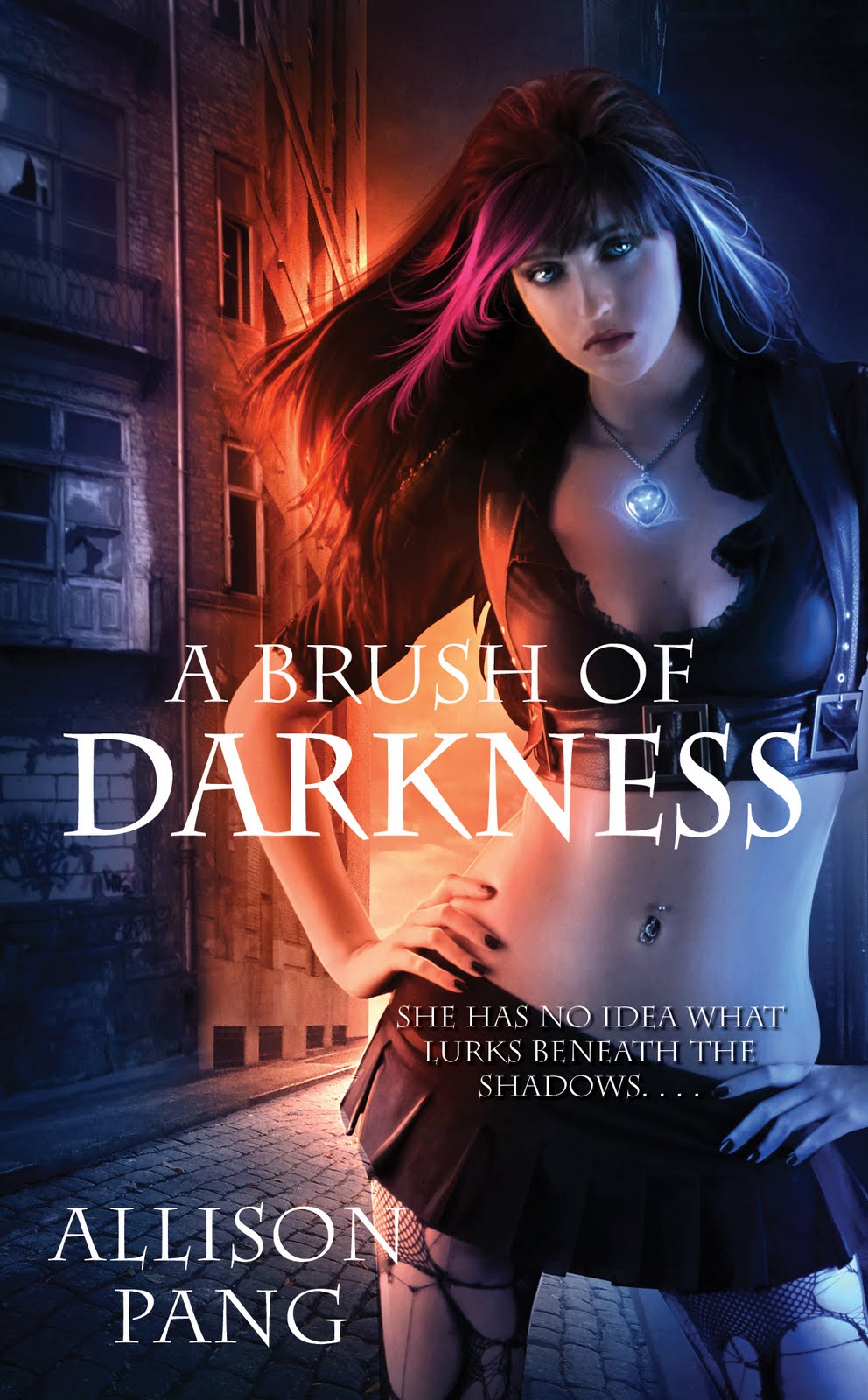 Today’s character reading is for a most unusual individual. He’s not your average hero. Bystion, a Leo, is an incubus. I think you will enjoy his reading. I know you will enjoy Allison Pang’s A Brush of Darkness

. I got an ARC (advanced reader copy) because I whined–a lot. It’s a great start to what I expect will be one of those series you just have to read. Learn more about Allison Pang. She’s definitely an author to watch out for.

Now for our rather reticent incubus, Brystion. Perhaps you can leave a question for him. Maybe he’ll loosen up a bit. LOL

1. How do you see the people around you?

You don’t think much of those around you, do you, Brystion. This card shows a wounded soldier with broken weapons. You see others fighting a battle that they are ill-prepared for. You think they don’t have a clue what they are doing or who they are fighting.

There is a hint here that you may secretly be amused by their plight, but I think you care more than you want to. I think maybe you help them when you can if you are sure you won’t get caught.

Brystion’s Response: I feel that way mostly because it’s true. People can be such sheep and I sometimes find their ignorance breathtaking. If you’re talking about Abby, then yes, you are correct. She truly has no idea of what she’s getting herself into. My initial attempt to help her was only motivated by helping myself out in the process. Obviously, some things change.

I feel that way mostly because it’s true. People can be such sheep and I sometimes find their ignorance breathtaking. If you’re talking about Abby, then yes, you are correct. She truly has no idea of what she’s getting herself into. My initial attempt to help her was only motivated by helping myself out in the process. Obviously, some things change.

2. How are you seen by the people around you?

As a teacher. This card is a very physical card. You are the one that is sent to instruct others. You also study things a lot. Maybe more than you are supposed to. Do you love learning for the sake of learning?

I also get the feeling that people see you as a very hands-on guy. You don’t let someone else do the dirty work. Part of you likes the physical challenge.

Brystion’s Response:
I drink the dreams of mortals. Aside from giving me the sustenance I requires, I also often absorb their knowledge – the ability to cook, for example, or dance. I would not say I love learning for its own sake; merely that I have nothing of myself that was not taken from someone else.

3. What is your most important goal?

LOL! Well, I guess this card is typical for an incubus, eh? The Lovers shows that for all your assumed promiscuity, you want a partner.

You want to show others how good love is and how fun sex can be. But there is a darkness here as if your quest of love is being manipulated by opposing forces.

Who are those figures who can pull your strings?

Brystion’s Response: I refuse to talk about this. It’s none of anyone’s business but mine and it’s nothing I can have anyway.

Even if I could have it, those words belong to Abby, not you.

4. Where do you get your strength from?

The Hanged Man is the one who sacrifices. He is the one who knows that sometimes you have to give all of yourself up in order for others to succeed. It’s a bit of a martyr card, Brystion.

But as a Leo, you probably see that as sacrificing yourself for the good of all rather than the needs of the few, eh?

Remember that your strength can also come from sharing what you’ve learned during your times of sacrifice.

Brystion’s Response: If the cause is worth it, then yes, I would make such a sacrifice. At the moment, I see no reason to do so.

5. Why do you want to be remembered?

This card links back to the Lovers. It is the 10 of Cups which is the card of emotionally completion. You want to be remembered as someone who showed others that a good time could be found with the one they were already with.

Interesting. I expected you to be a bit of a heartbreaker/homewrecker and here you are as more of a matchmaker type. You believe in the white picket fence, dog, 2.5 kids and everything for everyone.

As I mentioned before, an incubus is not meant for this sort of thing, however I might wish it. Mine is a disposable sort of love…once the moment is past, there’s no reason to cling to it. All I can provide is illusion, so why shouldn’t I steer those I care about into something that might grant them true happiness?

Read an excerpt from A Brush of Darkness

Get your own Joy Seeker stuff!